This Merganser family was sunning itself on a rock not far from shore. The little ones, being little ones, were constantly shoving and pushing each other off the rock into the water. They would swim around to the backside of the rock where they could climb back up. After a while, after Mom had soiled the rock, they moved on upstream a bit and fished for a mid-morning snack. 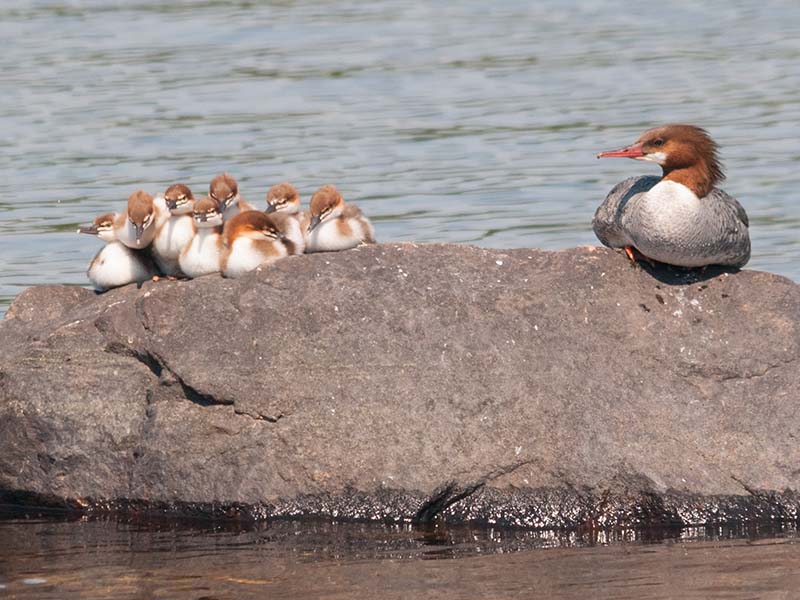 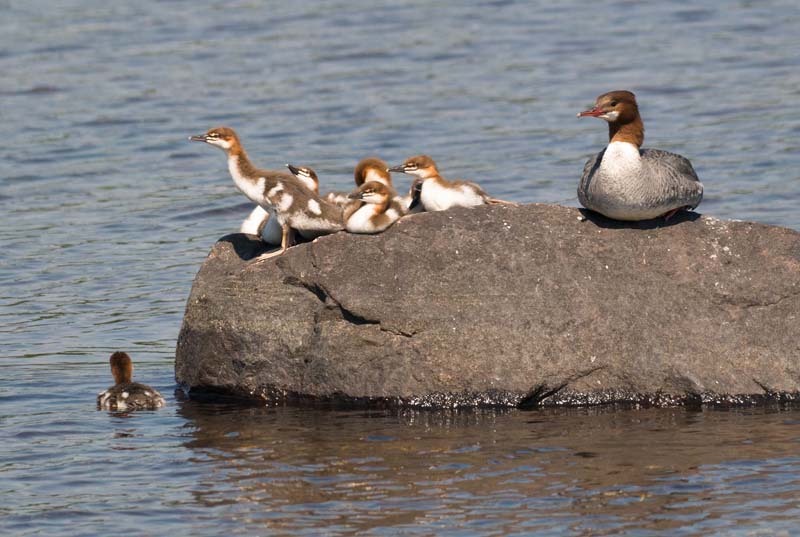 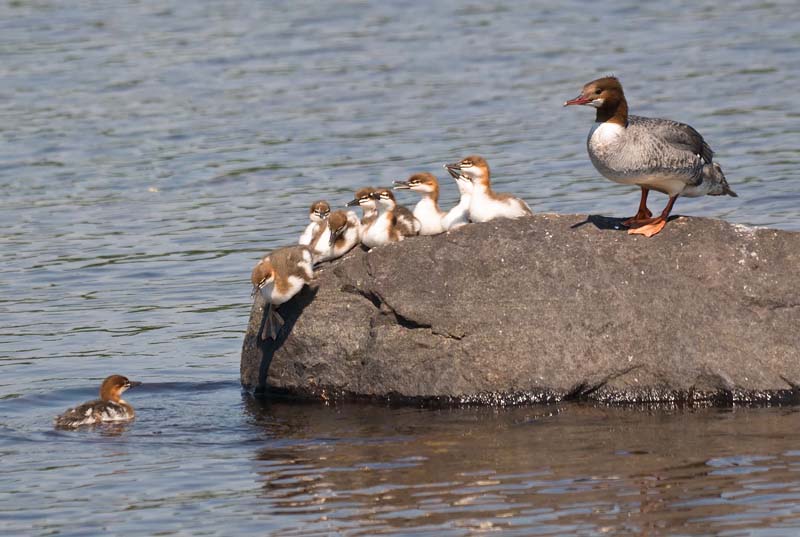 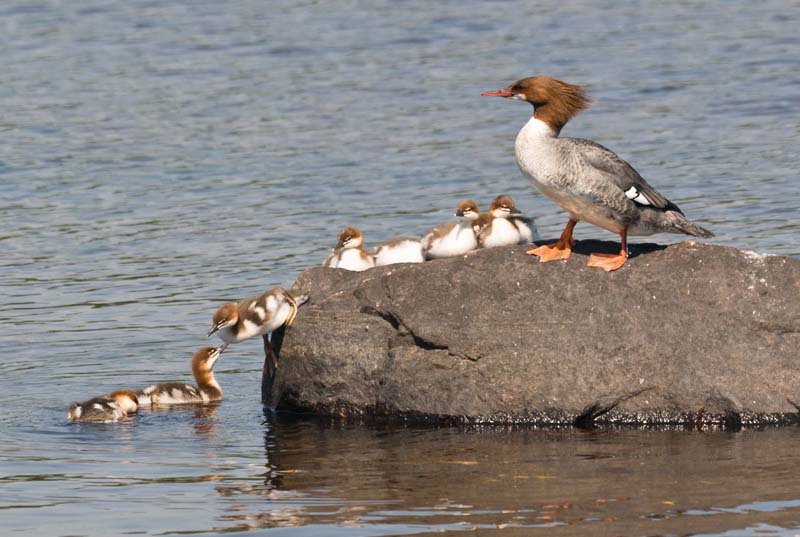 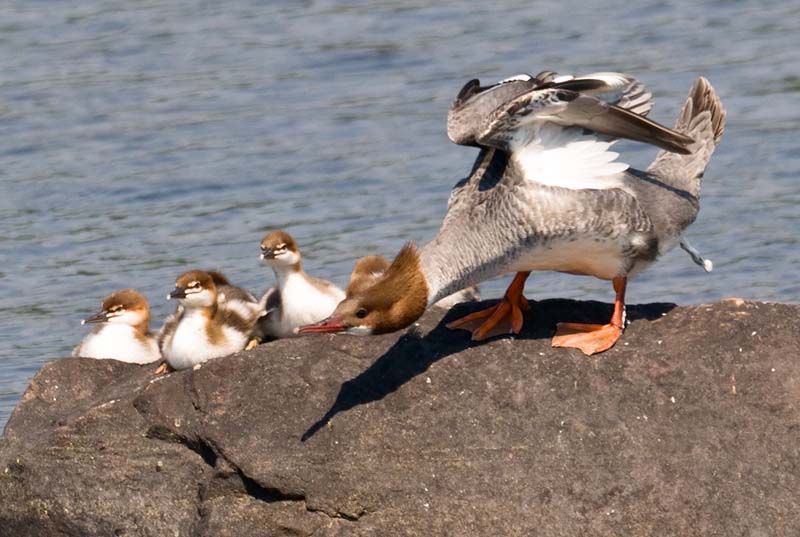 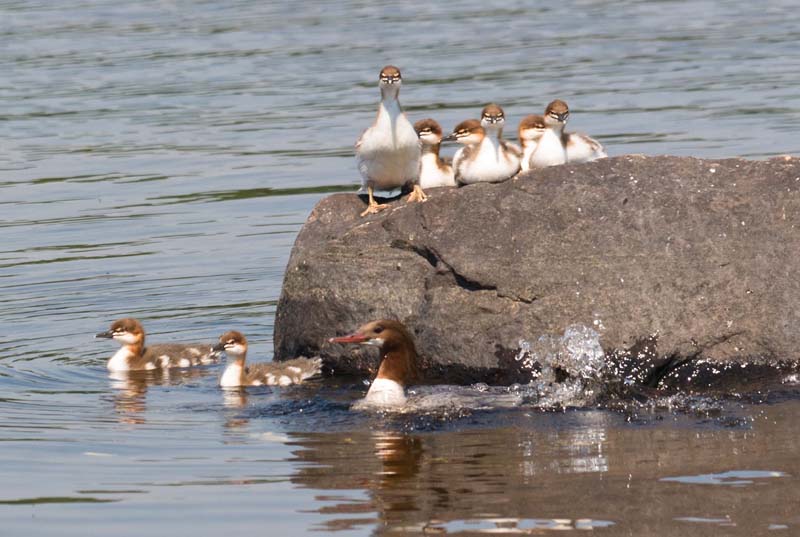 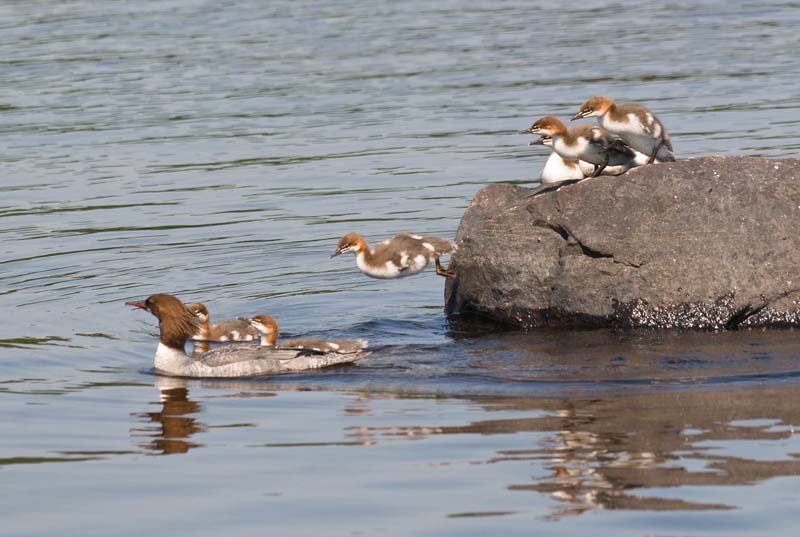 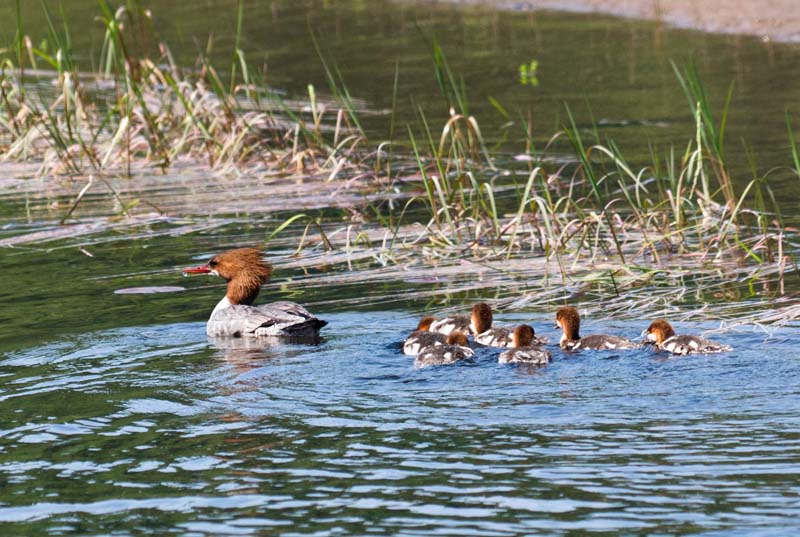 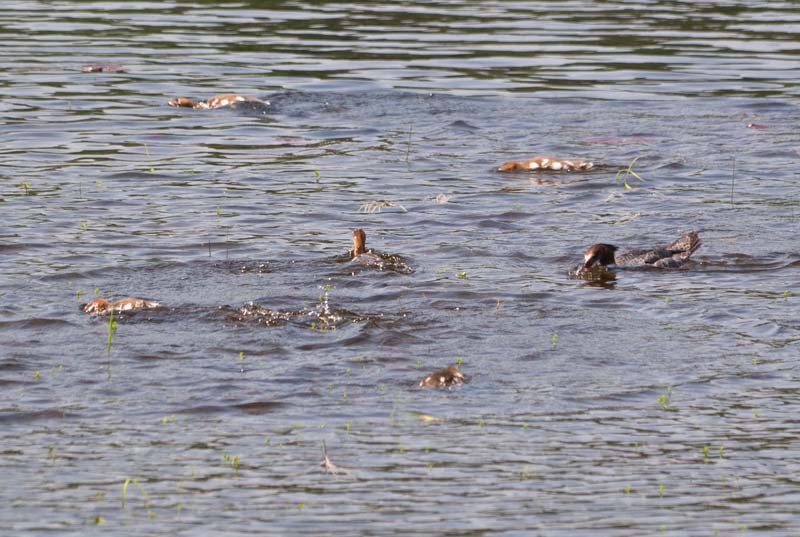 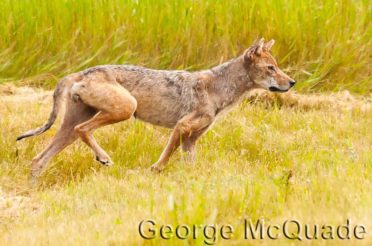